City Sounds are a top level covers band delivering explosive, high-octane shows that feature the very best party tunes from the past 60 years. 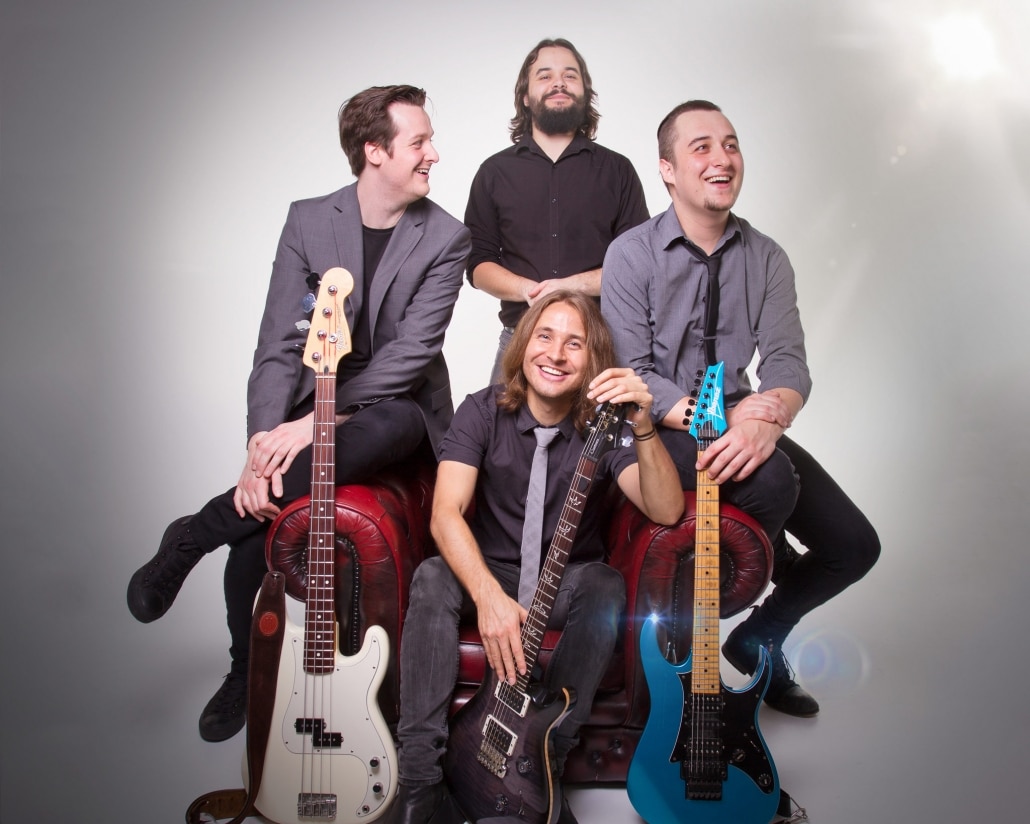 Simply put, City Sounds are one most impressive cover bands in the UK today.

Why? For a start they are masters of creating vibrant and energised dance floors. They bring out the inner-party animal in even the shyest of guests and young and mature alike find countless reasons to love City Sounds. We guarantee fun onstage antics and infectious, eye-catching performances every time!

Not only that but they are masters of party music genres. Whether it’s the classics of the 50s and 60s, or the rockier edge of the 80s and 90s, City Sounds master them all. They make the oldies sound golden and give rock and pop songs a powerful punch.

Adaptable to your musical preferences.

If you are looking for a band that can adapt to your particular likes, then Sound City are the band for you. They can lean towards well-known classic party hits or turn up the gas to 11 and rock your socks off with anthems. This means you get a dynamic and well-planned set list that takes you through the decades stopping at all the greatest hits.

City Sounds played to a full house of 500+ people and they absolutely rocked it! Great range of music; great feel for the vibe of the party and we loved that they got in to the Halloween spirit by dressing up!

To ensure that you and your guests are dancing all night, the band will provide a DJ service. This means that you can save time and money by not having to book a separate DJ.

A versatile and impressive band

City Sounds fit in at small and intimate occasions as well as large, well-attended events.

“City Sounds played all songs requested and also put together a good set which everyone at the wedding enjoyed. They got everyone dancing and made the evening.”

“Very impressed with the band. They were great at getting everyone going and they went above and beyond to make sure that we have a fantastic event!”

“We booked City Sounds to play at our wedding as they had such a fantastic repertoire of songs which we thought would suit all of our guests. I am SO pleased we booked them as they did such a fantastic job! The band arrived on time and were very friendly, set up with no problems and started with a bang! They sounded amazing and all our guests were so impressed with them. The dance floor was always full with people dancing, I was just gutted it was over so quick!! I would most defiantly book City Sounds again for any future event. Thank you for making our wedding day extra special! ”

“City Sounds played at our party and they were great, just what we were looking for. They were very talented & even accommodated my request to play 500 Miles by The Proclaimers which was wasn’t on their usual song list. One of my friends is now considering booking for a 40th birthday party next year. Thanks very much to City Sounds for helping to make it a great night!”

“After hearing many good things about these guys, I booked them for my friend’s party. They undoubtedly made the evening with their great sound, as well as their explosive energy and personalities, and they had everyone dancing all night long. They were extremely friendly and professional, and it was lovely to meet such genuine guys. I would definitely recommend them for any future parties or events!”

“When you guys performed we were all blown away! There was a great diversity of music. The band had all the people dancing, were affordable and made our day wedding day complete. We would definitely use you guys again and have recommended you. Thanks guys!”

“City Sounds were fantastic! They really got our evening going with great songs that sounded brilliant! We would definitely book again. Thanks again Guys!”

“An incredibly talented group of guys who will keep you dancing and singing all the way home!”

“You lads absolutely rocked the roof off! Could not have asked for better entertainment. Believe the hype; City Sounds are the real deal!”

Photos of the band

Let’s talk about your event

This site uses cookies. By continuing to browse the site, you are agreeing to our use of cookies.

We may request cookies to be set on your device. We use cookies to let us know when you visit our websites, how you interact with us, to enrich your user experience, and to customize your relationship with our website.

Click on the different category headings to find out more. You can also change some of your preferences. Note that blocking some types of cookies may impact your experience on our websites and the services we are able to offer.

These cookies are strictly necessary to provide you with services available through our website and to use some of its features.

Because these cookies are strictly necessary to deliver the website, you cannot refuse them without impacting how our site functions. You can block or delete them by changing your browser settings and force blocking all cookies on this website.

These cookies collect information that is used either in aggregate form to help us understand how our website is being used or how effective our marketing campaigns are, or to help us customize our website and application for you in order to enhance your experience.

If you do not want that we track your visist to our site you can disable tracking in your browser here:

We also use different external services like Google Webfonts, Google Maps and external Video providers. Since these providers may collect personal data like your IP address we allow you to block them here. Please be aware that this might heavily reduce the functionality and appearance of our site. Changes will take effect once you reload the page.